In college I built a 55 gallon drum BBQ grill. Since we were poor college students it was made out of whatever we could scrounge. The base was made from shelving scavenged from the grocery store I worked at. The grates were made out of refrigerator shelving. And when it came time to make the handle, I splurged and bought an axe handle. For some reason it seemed perfect.

The grill lived on our front porch for three years, and after we graduated it migrated up the the upper peninsula to our deer camp, where it provided a couple more years of service before eventually rusting out. I wish I had some pictures of it, but alas I don't. Before it was sent off to its final reward, I removed the axe handle and put it in the toolbox in the truck. That was probably 5 years ago.

This last year I bought a new BBQ. My garbage picked Weber kettle finally gave out. It died like most of them do, one of the leg mounts rusted and broke off. While I was cooking. I ended up buying a Char Griller Super Pro from Lowes. I love it, but the handle seemed wimpy.

That's when I remembered my old axe handle. I dug it out of the toolbox, cleaned it up, and mounted it. Later I ended up adding the smoker box on the side, so I went out and bought a hatchet handle. 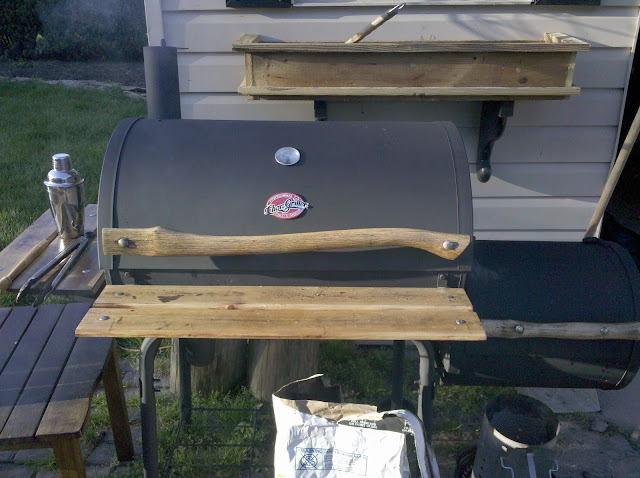 Oh yeah, I built that planter box behind the grill. I made it out of some scrap wood to replace the ones that came with the house, which had rotted out. It is now painted black, and is also a piece of crap. I am really not very proud of it. I will allow it to exist for this season, but next year it's gone.

Not only do I like to build things, I also like to cook things. Here is a nice slap of spare ribs being slowly smoked: 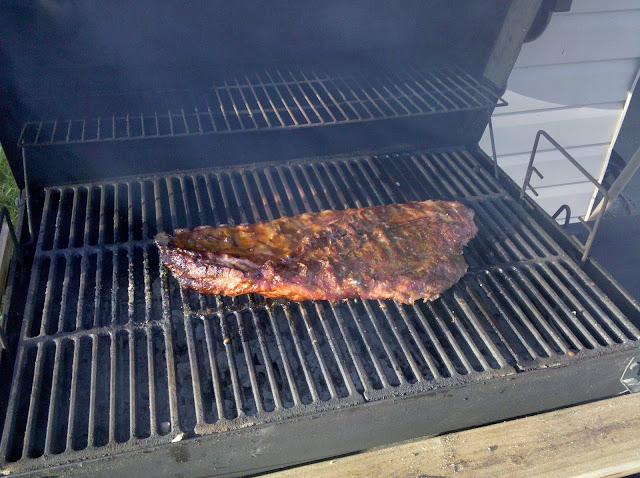