Here a couple things that I built, but didn't really document the build.

This one, like so many of my projects, has its origin located in my cheapskatedness. This one was my first project in the new house. Teener wanted some ladder shelves for the living room, and she found some she liked from Crate and Barrel. Like everything from those homewares jerks, I thought it was incredibly overpriced for what was essentially flat pack furniture that I would end up having to assemble anyway. So I decided to show her that I could build things and save a little cash in the process. Here is the end result, complete with chachkies, whatnots and ephemera. 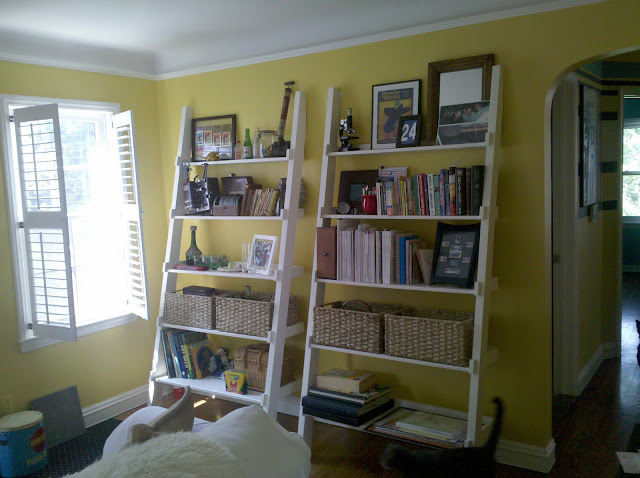 The nice thing about these is since they were custom built, they fit the space better than store bought. Also, these are considerably larger than the C&B models. We would have needed three of those. So, instead of spending $450 on prefab shelves, I spent about $70 bucks on materials, and $150 on a table saw. They aren't perfect, and there are definitely things I would do differently (the phrase "measure twice, cut once" comes to mind), but I think they look good, and I have received many compliments on them.

Another quick project is a key holder. Originally we had a brass key hook in the shape a row of cats, and their hooked tails held the keys (poorly). I hated it. Really hated it. Hated it so much that I don't even have a picture of it for the purpose of comparison. I threw this together as a test of concept. It has a bunch of strong magnets that I salvaged from a half dozen hard drives mounted behind a veneer and framed with some scrap cherry wood.

It works pretty well. There are things I like about it, and things I don't. I would like to make a better one, but until then this will hang by the door. I estimate it will hang there for another decade. 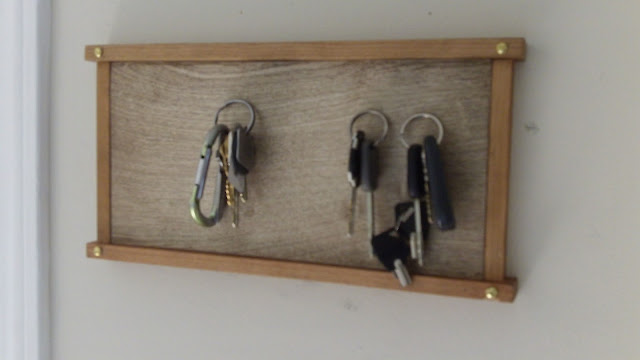 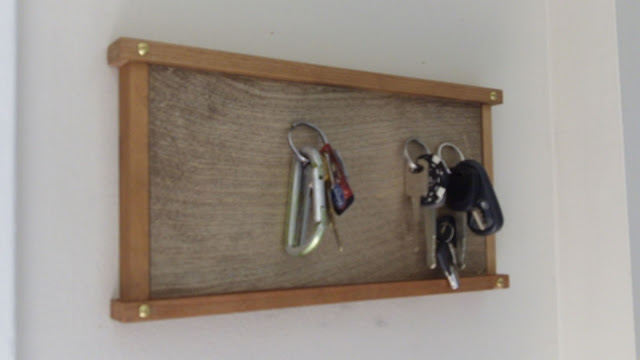