I wouldn't call what I had when I turned 30 as a freak out, but it was definitely a realization that I had to change a few things. I certainly wasn't going to give up beer, and running is completely boring, but I did need to make at least a better than token effort at taking care of myself.
As a college student I did a lot of biking on campus, and bikes always appealed to the engineer in me. They are wonderfully purpose driven machines. So I decided to purchase a nice road bike and commit to putting some miles in. I won't turn this into a post about exercise. What that first bike did was not just get me back into riding, it also got me into wrenching on bikes. What followed has been 6 years of collecting, tearing apart and rebuilding my bikes, and wrenching on friends' bikes as well.
I currently have 3 road bikes, 1 mountain bike, and 1 art bike.
Two of the road bikes are high-end Cannondales. One is almost an antique, and one is pretty new. The new one is a much better bike than I am a rider. The funny thing is, the bike I ride the most is a fixed gear that I cobbled together from an old Bianchi I bought off ebay, and a bunch of spare parts.
There are tons of sites explaining the fixed gear cult, so I won't get into it now. What I will say is as a riding style, it is addictive. As a bike nerd, I love the absolute simplicity of a fixed gear. For more info, check this link:
http://en.wikipedia.org/wiki/Fixed_gear
I didn't take any pics of the Bianchi when I first bought it. But trust me, it was ugly. It kind of looked like a beat up version of this (substitute purple for blue): 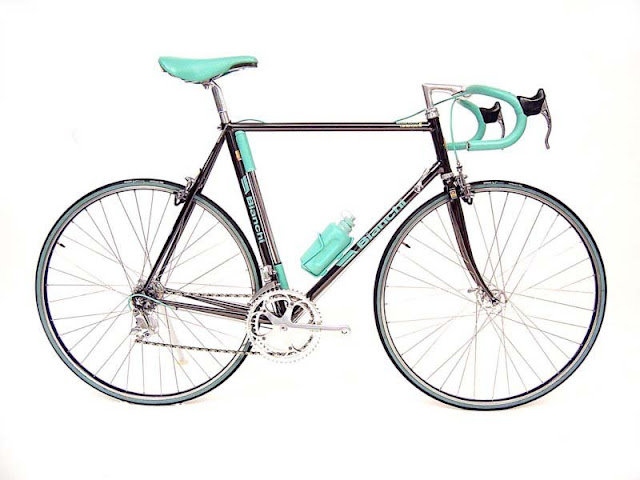 It has gone through a bunch of iterations, but this is it as it stands now: 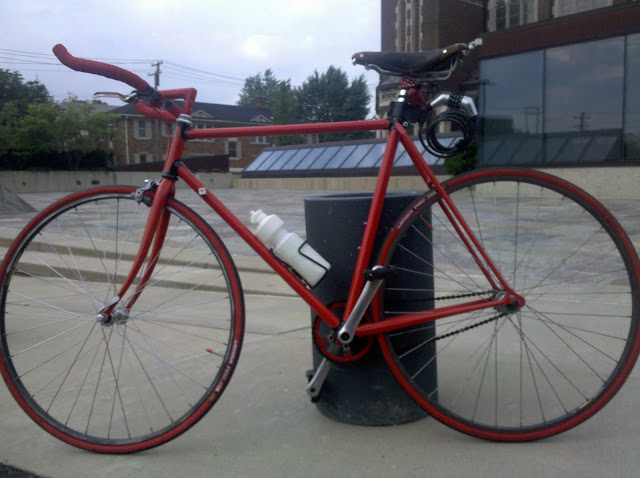 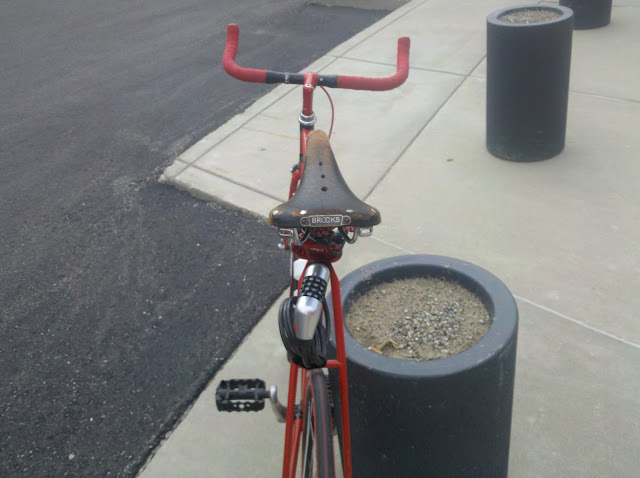 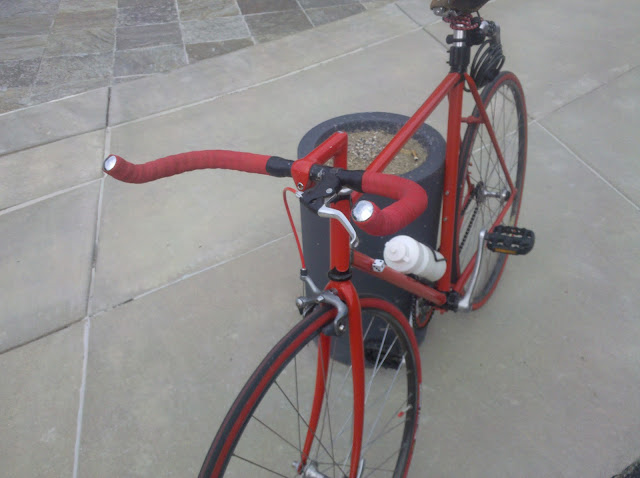 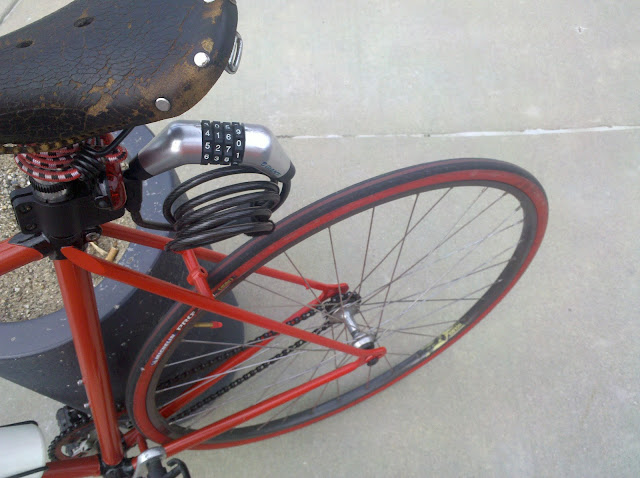 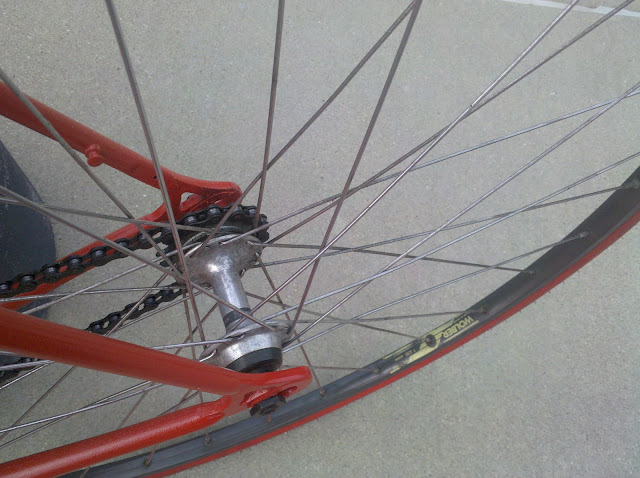 This was it a few years ago: 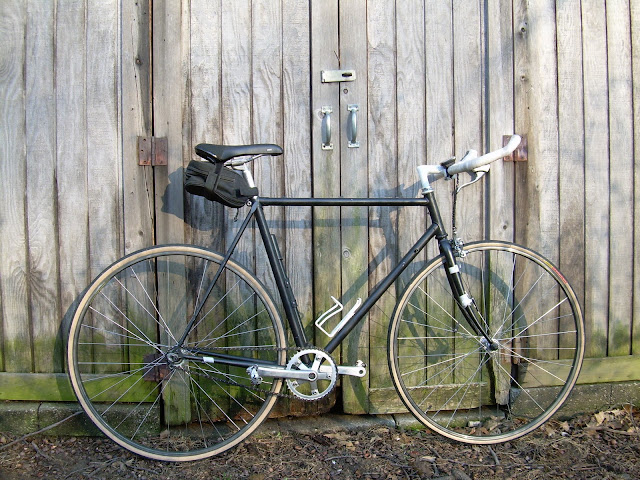 This bike is worth less than a tenth of my other bikes, yet this is the one I ride the most. Maybe it's because I'm not afraid to leave it leaned up against a parking meter outside a bar.
Posted by the dude at 6:52 PM